Electark is about defining strategy, planning and execution of engagement and welfare assignments towards engineering election outcomes.

It is about data driven decisions on the nomination for electoral polls!

The app provides a way for the party leader to make decisions based on data rather than favoritism. 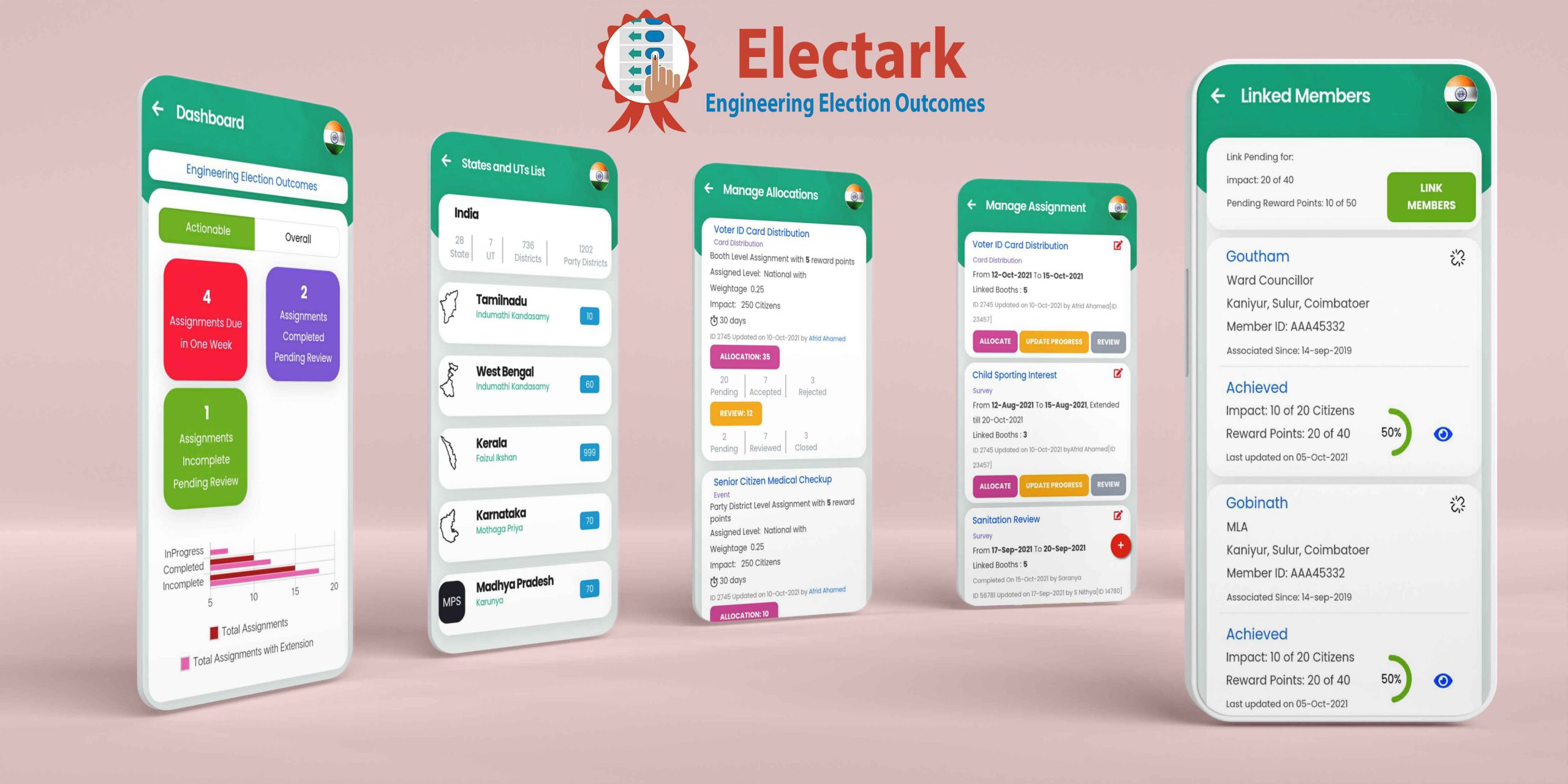